I Background (Situation, Or Primary Perception)

"First Thought is Best in Art, Second in Other Matters." - William Blake 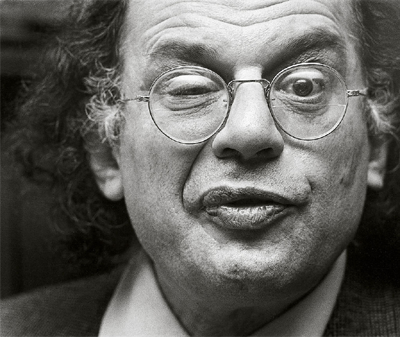 Allen Ginsberg and William Burroughs were two of the most influential writers of the Beat Generation. Together, they had a profound influence on each other's writing and their friendship and collaboration were an important part of the literary landscape of their time.

After meeting in New York City in 1944, Ginsberg and Burroughs quickly became close friends. They shared a love of pushing the boundries of literature and and breaking mores of traditional writing. They often discussed their work with each other and shared feedback with each other.

They drew insiration from each other's writing, both in terms of style and subject matter. Ginsberg's poetry regularly included long, winding lines and stream-of-consciousness, while Burroughs's novels were known for their nonlinear narratives, hallucinogenic imagery, and use of his "Cut-up technique". Both writers were influenced by the other's non-traditional approach, cross pollinating each other's styles into their own work.

They also influenced each other's choice and scope of subject matter. In a highly repressive era, Ginsberg's poem "Howl" was a gay work of literature, and Burroughs's novel "Naked Lunch" was a groundbreaking exploration of drug addiction and mental illness. Both writers were influenced by the other's willingness to tackle taboo subjects, and they often pushed each other to be bolder and more daring in their work. Pushing the envelope together allowed them to go further than they might have standing alone. They were two of the cornerstones of one of the great movements in literature.

In addition to their individual writing, Ginsberg and Burroughs also collaborated on several projects, including the book "The Yage Letters," which chronicled their experiences with the hallucinogenic drug yagé in South America. Through their collaborations, they continued to influence each other's writing and explore new literary territory together.

In 1959, Gregory Corso and Peter Orlovsky accompanied Ginsberg to Chicago for a benefit reading for "Big Table" [named at Kerouac's suggestion], a newly established literary publication born as a result of censorship of the student magazine the Chicago Review. The reading took place on 29 January, 1959.