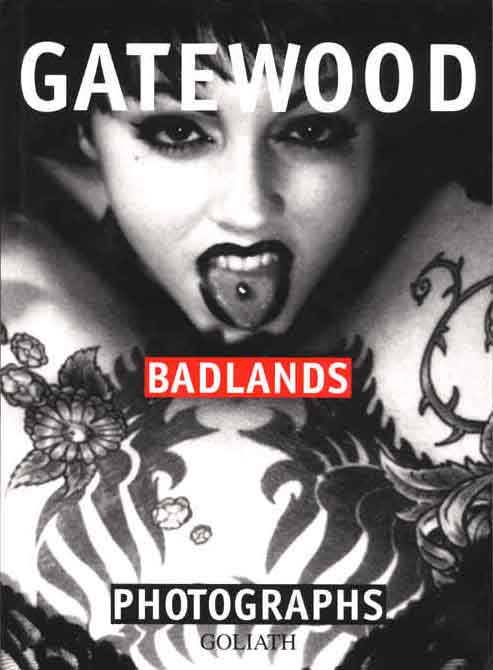 Contains photos of Danielle Willis and others...

Book Description
Badlands is the most comprehensive book of cult photographer Charles Gatewood's images-and the best photo documentation of America s sexual underground: tough, sexy photos of society's self-chosen outcasts. For over three decades Gatewood has been photographing alternative lifestyles, beginning in the late sixties to the tattooed, pierced, SM fetish freaks of today. With the intensity of someone living the life right beside his subjects, Gatewood documented the changes in America, in western society. The radical discovery encoded in his photographs? That after the upheavals, dictatorships and revolutions, humans have returned to their roots. In Gatewood's photos, the individual reigns, the remains when there's nothing left but self. As realities, as documents, as works of art, Charles Gatewood s photos are snippets of the human condition -not dark, but on the trail of life.

About the Author
Charles Gatewood was educated at the University of Missouri as a cultural anthropologist, and discovered photography there. In 1964 he moved to Sweden to explore socialism and escape the Vietnam War. Gatewood returned to America in 1966 to launch one of the most unusual careers in the history of photography. He worked as a photojournalist, shooting rock musicians for Rolling Stone, social problems for Saturday Review and protests for the New York Times. "I've worked," he says,"for everyone from Time and Business Week to sex magazines and textbook publishers." Gatewood's first important exhibition took place in 1972 at Manhattan's Light Gallery. Since that time he has had over thirty acclaimed solo shows in the major cultural centers of Europe and North America, as well as Australia. Each of his eight books of photographs has been culturally provocative, from Sidetripping, with William Burroughs (Strawberry Hill Books, 1975) through Primitives (R. Mutt Press, 1992) which was the advance for the international Modern Primitives movement. He has won numerous awards and fellowships, including the prestigious Leica Medal of Excellence for Outstanding Achievement in Humanistic Photojournalism for Wall Street (R. Mutt Press, 1984)


Languageisavirus.com exists to cure writer's block and inspire creativity. You can choose from a multitude of writing games, gizmos, generators, writing prompts and exercises, tips, experiments and manifestos from infamous avant garde writers and how-to articles on fiction writing and poetry.